DAKAR, SENEGAL —Cervical cancer is preventable, yet it remains the most common type of cancer in Africa, the World Health Organization says.

WHO data show that Senegal currently has one of the world’s highest rates of the disease, with over 1,400 new cases diagnosed each year.

The country’s health officials have stepped up efforts against the disease with a nationwide campaign to vaccinate girls against the virus that causes cancer.

On a recent day at the Philippe Maguilen Senghor health center on the outskirts of Dakar, women lined up for free breast and cervical cancer screenings. The event was run by young Senegalese volunteers from Junior Chamber International (JCI), a nonprofit organization.

Sassy Ndiaye waited patiently for her turn. At age 60, this was only the second time she had been tested for the disease.

“Before we didn’t know about this,” she said. “I went through eight pregnancies and never did a cervical cancer screening with my gynecologist. I did it after my menopause.”

For comparison, in the United States, it is common for women of all ages to be screened for abnormal cervical cells every three years. 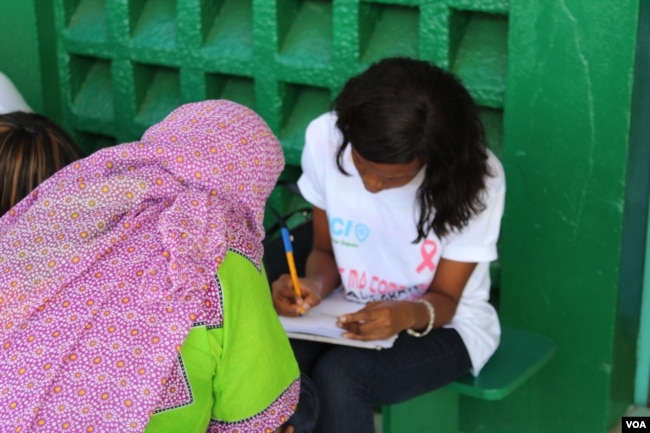 In Dakar, gynecologist Mouhamoudou Moustapha Yade said that by the time patients come to see him, their cervical cancer can be advanced.

“At a later stage, recovery is painful and difficult. And more importantly, the prognosis is not good,” he said. “This is why screening is so important. When you catch the cancer early, treatment is easier and much less expensive.”

But most women in Senegal cannot afford the cost of cervical cancer screening. Doctors and women interviewed at the Philippe Maguilen Senghor clinic said the cost was 40,000 francs ($66).

“Every time we organize free screening days, I am impressed by the number of women that turn up,” said Thiamel Ndiade, a JCI volunteer. “This shows you they are actually informed, but that money is the main issue.”

Ndiade added that most clinics lack the machinery needed to detect the illness, meaning women have to travel long distances just to get checked. “Not all health centers have a video colposcope, for example,” Ndiade said. “We had to bring our own here today, which shows you just how inaccessible this technology is.”

The arrival of a vaccine could help Senegal address these challenges.

Cervical cancer is caused by certain strains of the human papillomavirus; those who are infected with HPV often do not initially display any visible symptoms. A vaccine against HPV has been in use in the United States and other parts of the developed world since 2006, but it has only recently arrived in Africa.

In 2013, Senegal was among 10 African countries chosen by Gavi — a global alliance that strives to create access to vaccines in the world’s neediest countries — for pilot vaccination programs.

The nationwide rollout in Senegal followed a successful pilot program last year in two parts of the country. Ethiopia and Zimbabwe are also set to introduce the vaccine soon.

“Senegal is one of the first three countries in Africa [after Rwanda and Uganda] to introduce the HPV vaccine on a national scale,” said professor Mamadou Diop, head of oncology at the Aristide Le Dantec hospital. “It will be integrated within the country’s national vaccination program and reach the whole targeted population of girls.” 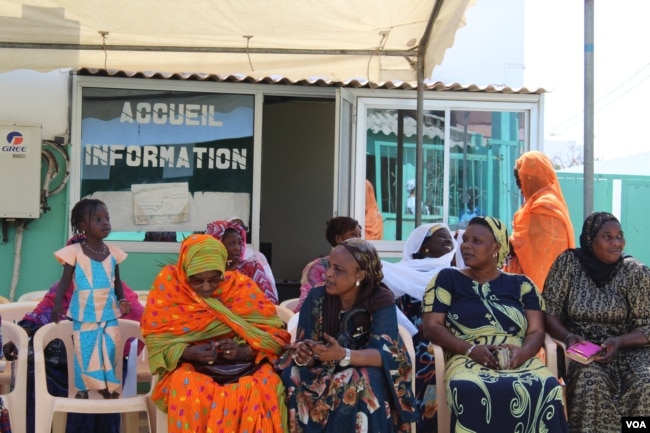 The aim is to roll out the vaccine in two phases, starting with a mass vaccination campaign reaching 889,445 girls aged between 9 and 15 by May 2018. After this, the vaccine will be administered to all girls at age 9 as part of routine immunization programs.

“The vaccine has been jointly subsidized by Gavi and the Senegalese state,” added professor Ousseynou Badiane, head of the Immunization Division for the Ministry of Health in Senegal. “This means it will be free and accessible to all.”

New vaccines can be met with suspicion, so health practitioners are urging the government to also launch a public education campaign. If the rollout is successful, Gavi estimates the HPV vaccine could help prevent up to 90 percent of cervical cancer cases.

Senegal unveiled its action plan as countries across the continent celebrate the 7th African Vaccination Week, an annual event to strengthen immunization programs in Africa by raising awareness about every person’s need and right to be protected against disease.